The global animal welfare organisation FOUR PAWS is incredibly encouraged by the announcement from the Minister of Forestry, Fisheries and the Environment (DFFE), Ms Barbara Creecy following the release of the report and the recommendations of the Ministerial High-Level Panel that was appointed to review policies, regulatory measures, practices and policy positions that are related to hunting, trade, captive keeping, management and handling of elephant, lion, leopard and rhinoceros.

The issues related to intensive captive lion breeding and keeping, which FOUR PAWS has campaigned against for 15 years, were amongst two areas (along with rhino breeding) where there was not an overarching consensus on the recommendations. During the virtual meeting on Sunday, which FOUR PAWS attended, the minister said that the majority consensus would be implemented where the Panel recommends that South Africa does not captive breed lions, keep lions in captivity, or use captive lions or their derivatives commercially. The Minster has requested the department to action this accordingly and ensure that the necessary consultation for implementation is conducted.

“We commend the Minister and her department for taking this brave decision and offer our full support for her and her team for the mammoth task that lies ahead,”

The Minister announced that the key recommendations from the report will be adopted for the issue on captive lion breeding, which included:

“This is a positive step that has been a long-time coming, with many organisations researching and advocating for lions in South Africa. We are optimistic for the future of wildlife in our country and look forward to confirming the country’s position as a leader in big cat conservation,” says Miles.

“What is also very encouraging from the overarching recommendations for us, is that a One Welfare approach, and minimum norms and standards for welfare are amongst the key recommendations, along with considering the delegation of powers for welfare inspections to a broader group of suitably qualified people,” says Miles.

Up to 12 000 lions are captive bred, used in interaction (cub petting and walking-with opportunities), breeding, hunting and for their bones as part of an exploitative industry. FOUR PAWS released its Vicious Cycle  report in March 2021, highlighting serious welfare concerns at breeding facilities – not only of the animals being kept, but in some instances workers, too. 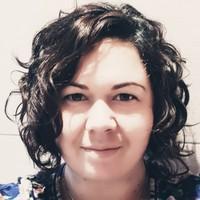 FOUR PAWS is the global animal welfare organisation for animals under direct human influence, which reveals suffering, rescues animals in need and protects them. Founded in 1988 in Vienna by Heli Dungler and friends, the organisation advocates for a world where humans treat animals with respect, empathy and understanding. The sustainable campaigns and projects of FOUR PAWS focus on companion animals including stray dogs and cats, farm animals and wild animals – such as bears, big cats and orangutans – kept in inappropriate conditions as well as in disaster and conflict zones. With offices in Australia, Austria, Belgium, Bulgaria, Germany, Kosovo, the Netherlands, Switzerland, South Africa, Thailand, Ukraine, the UK, the USA and Vietnam as well as sanctuaries for rescued animals in eleven countries, FOUR PAWS provides rapid help and long-term solutions. www.four-paws.org.za