Cape Town, 1 November 2022 - A newly released report further shows evidence that captive lions bred in South Africa are being traded in huge numbers to Asia. Bones and other parts are being exported, likely for the purposes of traditional medicine and as luxury goods items.

The Organised Crime and Corruption Reporting Project investigated this clandestine trade, from the horrors of breeding facilities to the criminals who profit. The investigative reporting platform analysed export records from South Africa’s largest airport and found that nearly half the lion bones shipped abroad between 2016 and 2019 were sold to Laos, a well-known hub of illegal wildlife trade. The report states that most of these bones were bought by shell companies connected to one of the world’s most notorious wildlife trafficking groups, the Laos-based Xaysavang Network.

The report refers to a South African High Court ruling of 2019 that ruled that allocation of quotas to export lion bones by the Department of Forestry, Fisheries and the Environment were unconstitutional because they did not account for the lions’ welfare. Since then, the government has stopped issuing export quotas, effectively placing a moratorium on the bone trade.

The author of the report, Khadija Sharife, found some bone traders and lion farmers however kept exporting lion bones even after the High Court’s ruling that this was illegal and refers in her report to export records showing as much.

The Director of FOUR PAWS in South Africa, Fiona Miles, says this is proof that the legal captive lion breeding industry in South Africa, is continuing to trade lion bones, despite the moratorium.

The report shows a handful of brokers and taxidermists have dominated the lion bone trade for years, according to export data from O.R. Tambo International Airport in Johannesburg. Between 2014 and 2019, just five companies accounted for almost all the recorded bone exports through the airport, between them shipping more than 3,500 skeletons. The report says more than a thousand skeletons were shipped in 2017 alone, well above the government’s quota of 800 for that year.

Miles says: “We are concerned by the report’s statement that shipments were often undervalued or stuffed with extra lion products, as this would indicate that the number of lion skeleton vastly exceeds annual quotas that were first imposed in 2017. The destinations of these parts too are a real concern, given they are countries where the use of big cat parts in traditional medicine or as luxury items is in high demand.”

The OCCRP report indeed stated that many of the shipments seem to have been packed with more bones than they declared, a classic technique used by smugglers. For example, the paperwork for one shipment that was destined for Thailand in October 2017 said it contained 37 skeletons. But the weight of the shipment is variously listed as between 698 and 950 kilograms. Based on the average weight of lion bones, this indicates it contained between 41 and 93 skeletons.

Of further concern to Miles is that the captive lion breeding industry in South Africa now extends beyond lions, with the country captively breeding tigers, even though the species is non-native to the country and is endangered. They are bred, often in the very same enclosures as lions, for the same commercial purposes as lions, which contravenes international wildlife trade agreements (CITES Decisions).

Finally, she warned against a fact that came to the fore by the researchers.

“There seems to be confusion between the South African Government and departmental bodies themselves. While the Department for Environment considers lion bone exports to be illegal since 2019, the South African Revenue Service claims it does not monitor bone exports, other than to make sure it has an export permit. We hope that this will be addressed immediately. We are separately urging the Department for Environment to end the commercial trade of all big cat species. This is the only way to prevent exploitation of captive big cats and protect wild populations. /END

Notes to the editor:

1.  The OCCRP is an investigative reporting platform for a  worldwide network of independent media centers and journalists. In the face of rising costs and growing threats to independent media, OCCRP provides media outlets and journalists with a range of critical resources and tools including digital and physical security and allows those covering the most sensitive topics to work in teams with trusted editors. 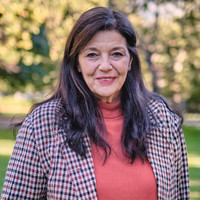