In Memory of Heli Dungler

After over half a year of rehabilitation in Jordan, Simba and Saeed were ready for their final journey to their forever home. International animal welfare organisation FOUR PAWS relocated the former war lions to South Africa on February 26, 2018. There the two male lions, rescued from Iraq and Syria, will find peace and refuge in the 1,250 hectares big cat sanctuary LIONSROCK. The 33-hour transfer by passenger planes and trucks concludes delicate rescue missions to crisis areas in the Middle East as well as months of intensive care at the Jordanian wildlife rescue centre “Al Ma'wa for Nature and Wildlife”. In the big cat sanctuary close to Johannesburg, FOUR PAWS plans to socialise Simba and Saeed with other rescued lions.

Starvation, diseases and bomb explosions: The two lions Simba and Saeed have endured a lot of suffering in their young lives. Last year, the international animal welfare organisation FOUR PAWS evacuated the big cats from neglected zoos in Mosul and near Aleppo. At a wildlife rescue centre in Jordan, a team of experts prepared the two lions for their final trip to South Africa. "Simba and Saeed had a difficult start to life, but thanks to the tireless efforts of the animal caretakers and vets involved, the health of the two lions has improved enormously. They are now ready to begin a new chapter at our big cat sanctuary LIONSROCK. There, we have the chance to bring Simba and Saeed together with other rescued lions. As young big cats feel comfortable in prides, we will immediately begin our socialisation project for both lions," explains FOUR PAWS Big Cat Expert Barbara van Genne.

Simba: One of two survivors

Believed to be about four years old, Simba was born in the Montazah Al-Morour Zoo in the eastern part of Mosul during the ongoing war in Iraq. Most of the forty zoo residents died of starvation or were killed by bomb attacks. A few animals escaped from their damaged enclosures. When the FOUR PAWS rescue team stepped in during February 2017, they found only two animals alive in the zoo: bear Lula and lion Simba. After weeks of difficult negotiations in Iraq, the animal welfare organisation successfully evacuated both wild animals in April 2017 and brought them to Jordan.

Because of his young age, it is believed that two-year-old lion Saeed was also born in captivity during the war in Syria. In July 2017, FOUR PAWS rescued the lion along with twelve other animals from the neglected zoo of the Magic World amusement park near Aleppo. International security companies and the Turkish Ministry of Forestry and Water Affairs supported the evacuation. After a two-week stay in Turkey, the Turkish government approved the departure of the thirteen injured and traumatised animals to Jordan in August 2017.

From Jordan to South Africa

The Jordanian wildlife rescue centre “Al Ma'wa for Nature and Wildlife”, a joint project of FOUR PAWS and the Princess Alia Foundation, has become a species-appropriate home for many rescued zoo animals from crisis areas in the Middle East. Due to their good health and young age, FOUR PAWS decided to transfer Simba and Saeed to South Africa. “Approximately 100 rescued big cats live at LIONSROCK. With 78 other lions, we are confident Simba and Saeed will find themselves a pride and a happy ending to their chaotic upbringing,” says Fiona Miles, Country Director of FOUR PAWS South Africa.

FOUR PAWS is the global animal welfare organisation for animals under human influence, which reveals suffering, rescues animals in need and protects them. Founded in 1988 in Vienna by Heli Dungler, the organisation advocates for a world where humans treat animals with respect, empathy and understanding. The sustainable campaigns and projects focus on stray dogs and cats as well as pets, farm animals and wild animals – such as bears, big cats, orangutans and elephants – kept in inappropriate conditions as well as in disaster and conflict zones. With offices in Australia, Austria, Belgium, Bulgaria, Germany, Kosovo, the Netherlands, Switzerland, South Africa, Thailand, Ukraine, Hungary, the UK, the USA and Vietnam as well as sanctuaries for distressed animals in twelve countries, FOUR PAWS provides rapid help and long-term solutions. www.four-paws.org 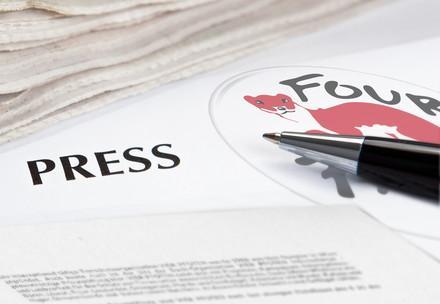 Theme of IAWS 2018: "Animal welfare: question of the future or luxury problem?" 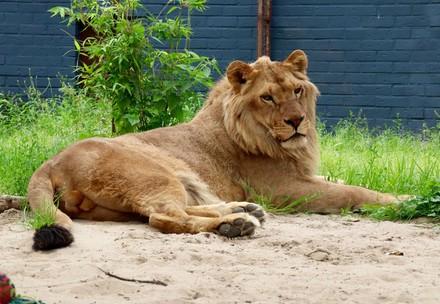 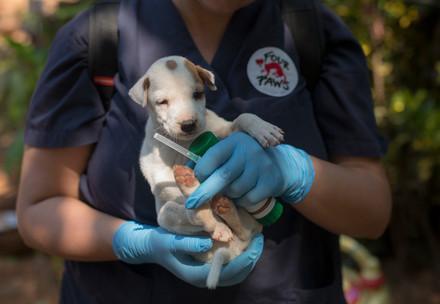 Partial victory in the fight against rabies: FOUR PAWS vaccinates over 30,000 dogs and cats in Myanmar