The United Nations General Assembly proclaimed that 15 May of every year shall be observed as the International Day of Families. The day reflects the importance that the international community attaches to families as basic units of society.

Very often in the world of big cats, family groupings also make up the basis of a pride and the interaction between group members mirrors the dynamics of a family. At LIONSROCK Big Cat Sanctuary near Bethlehem in the Free State, family groupings and the special bond between animals who have formed a group of their own, are bonds that are respected and encouraged.

One of the groupings that work well is the two leopards, Tulani and Mike, who live together in a one-hectare enclosure. Tulani, the female was hand-raised and arrived at LIONSROCK when she was still a cub. Mike was captured from the wild in a live trap and brought to LIONSROCK in 2005 instead of being killed.

The chief animal caretaker at the Sanctuary, Kelly Lambe, says the bond between the two leopards is even more special because of this history of being a hand raised leopard and a wild caught leopard.

“In nature, leopards are solitary animals, so this alone makes their pairing unusual. Being hand-raised means that Tulani is more comfortable with humans. Mike is less inclined and a bit shy, but he has grown in confidence.

Kelly says their special relationship shows in the way they are always seen together in their enclosure. “They are getting on in years so they are less active than they once might have been, but they do enjoy each other’s company in a relaxed manner.”

Another grouping that catches the eye as living in harmony together are four tigers who were previously owned by a circus and handed over to LIONSROCK in November 2013. Four of the brothers were kept together in the same wagon during their travelling years with the Starlight Circus.

Kelly says they have a tight brotherly bond, often spending time resting near each other or playing in their pool.

“With big cats, play is subjective and most of our animals are now advancing in years so are slowing down. As with leopards, tigers are generally solitary animals. However, in captivity they can be housed together. Our four brothers have grown up together, so they are happy in each other’s company.”

She pointed out they especially enjoy spending time in their pool and watching the free ranging game as well for daily entertainment.

A group of lions that is close to the heart of the site manager of LIONSROCK, Hildegard Pirker, is the two females, Anna and Kiara and the only male, Neo.

Hildegard says not many changes happened in the dynamic of the group during the years. “This is very common for a stable family group like this one from Safaripark Gänserdorf. As it happens also in wild lion prides, older animals are moving more to the fringes of the pride. This can also be observed in captivity but is also very much dependent on the individual.”

Hildegard says Neo is the youngest of the three but grew up with his half-sister Kiara. Anna is their aunt. She explains Neo and Anna have a strong bond and are always together.

“Kiara was more impacted by the loss of other pride members over the years but has a good relationship with Neo and a healthy respect for Anna. Despite being the oldest lion of the group, Anna is dominant over both Neo and Kiara. The three are the longest at LIONSROCK.  As with all lions, elderly cats spend large portions of their day resting.”

TO VISIT THE BIG CATS AT LIONSROCK 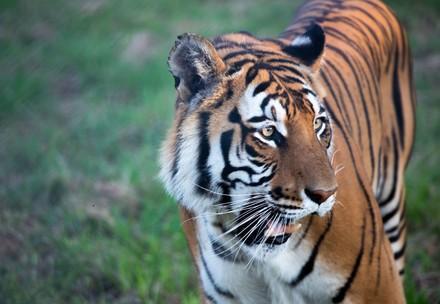 Home at LIONSROCK after Emergency Rescue 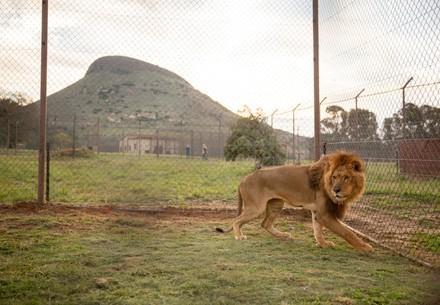 Motan and Pisa have settled in incredibly well at our project LIONSROCK Big Cat Sanctuary & Lodge! 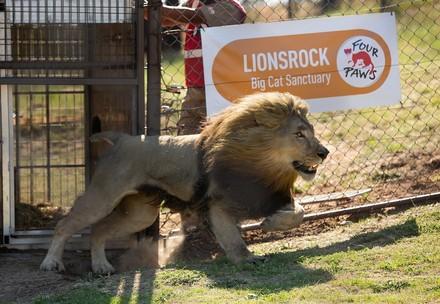