Since launching our petition last December, over 200,000 people worldwide have called on eBay Inc. to stand up for puppies, and regulate their classified sites to ensure illegal and unscrupulous dealers no longer make huge profits from selling puppy farmed puppies.

eBay Inc. operates some of the world’s biggest classifieds sites, such as eBay Kleinanzeigen in Germany; Gumtree in the UK; and Marktplaats in The Netherlands. The company has enormous influence on the online classifieds industry.

FOUR PAWS, and over 200,000 caring animal advocates, are demanding eBay use their influence for good, and set a standard for the industry to follow. We want them to end anonymous trading by implementing mandatory seller identity verification for everyone who wants to sell pets on their sites.

In doing so, thousands upon thousands of dogs could be spared from the cruel puppy trade every year, and innocent families would no longer fall victim to unscrupulous dealers.

Seller identity verification would mean that anyone wanting to sell pets would need to prove his or her identity first. It would deter sellers from performing illegal activities on sites that require it. The ‘puppy mafia’ are criminals who want to remain anonymous. Without being asked to prove their identity, online classifieds sites have become their preferred playing field.

But instead of implementing this fundamental measure, eBay have diverted responsibility for identifying professional fraudsters – to you!

Can you believe the excuses they have come up with?

"We do not believe in the effectiveness of such a step (Seller Identity Verification)" (Pierre Du Bois, Press Officer at eBay Kleinanzeigen)

So why do they already offer it on one of their classifieds sites?

eBay’s Danish classified site, DBA.dk, connects its users voluntarily to a system called Nem ID. This system verifies a user’s identity by checking it against Danish Personal Identification Numbers (their ‘CPR number’), which is part of their national civil registry.

Technical systems already exist that allow classifieds sites, like eBay’s, to identify their website users. They just need to choose to implement them for all individuals wanting to sell animals on their classified sites.

“The nature of our local classifieds platforms is to connect buyers and sellers in an easy and simple way, allowing everyone to participate, while the trade itself happens off our local platforms between buyers and sellers directly. In line with this, the verification process… is based on primarily the e-mail address which is needed to provide our service.” (Letter to Four Paws from Wolfgang Weber, eBay Classifieds Group Head of Regulatory, 16 March 2018)

But apparently eBay does expect you to!

"[eBay Classifieds Group sites] require people to meet in person which allows for proper verification by asking questions, inspecting the pet, checking documentation and knowing who the new owner for their pet will be.... [W]e generally see no value in requiring additional seller verification." (Letter to Four Paws from Wolfgang Weber, eBay Classifieds Group Head of Regulatory, 16 March 2018)

These victims are ordinary people who are looking to acquire a pet by using eBay's classifieds sites. They are not trained to identify professional criminals who are experienced in developing fake identities, false stories and scamming people into buying a puppy.

They are victims like Nadine from Germany, who saw the puppy of her dreams advertised on an eBay classified site. Soon after she and her daughter brought home their new puppy, the tiny French Bulldog became seriously ill, leading to heartbreak and financial pressure on the young family. The puppy barely survived but stayed chronically ill.

But according to eBay's response above, they "see no value" in taking extra steps to protect people like Nadine, her family and her suffering puppy.

eBay have all the excuses they need to turn a blind eye to animal suffering. But they're not convincing us, nor the 200, 000 of you who signed our petition!

We have much more planned before the end of this year to convince eBay to do the right thing for animals. We can't give away our campaign tactics, but rest assured we will voice your concerns. We will reach inside eBay's office walls and appeal to the hearts and minds of every single person who works there. Many of them have pets too, and we know they share your concerns.

If you haven’t already, please join our campaign 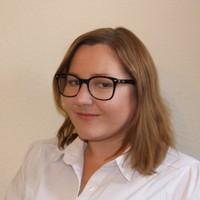 With over a decade of experience in animal protection, Joanna has worked on a variety of award-winning campaigns, convincing some of the biggest companies in the world to stand up for animals. 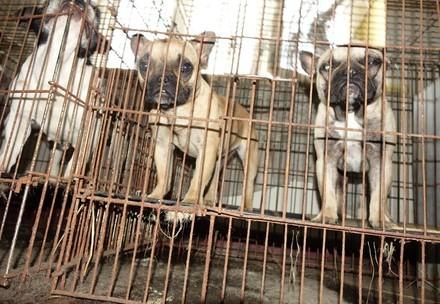 The cruelty behind puppy farming